At the Jack Studio, there are many people who help to put on events and keep the venue running.

This week for our blog we have some thoughts from Sam Bland. Sam was a Goldsmiths’ student, and you may recognise him from Front of House when he was running the box office on performance nights. Sam has also been a key part of our Scratch nights, providing technical support for several short pieces of theatre during these events.

Here is Sam’s Blog, which we are delighted to share with you

We Can Do It Ourselves – a perspective on mutual aid and theatre.

‘If lockdown has taught us anything, it is how people organise and come together to support each other. The mutual aid groups that have sprung up in London and around the country are beautiful examples of this. In many ways fringe theatre mirrors this practice, creating a space that is organised in a DIY fashion, that doesn’t rely on large companies or organisations to sustain it.

Theatre company, Molodyi Teatr London, who brought their production All That Remains to the Jack in August 2019, demonstrated how theatre, community and politics interact. The piece focuses on the ongoing war in Ukraine. It follows a family’s and a solider’s experience of the war. In Molodyi Teatr’s words the play “is a moving reflection on loss and memory based on true stories from the ongoing war in Ukraine.” It combined music, video and dialogue, extracted from real events. I had the privilege to work on this show as a lighting designer and operator.’ 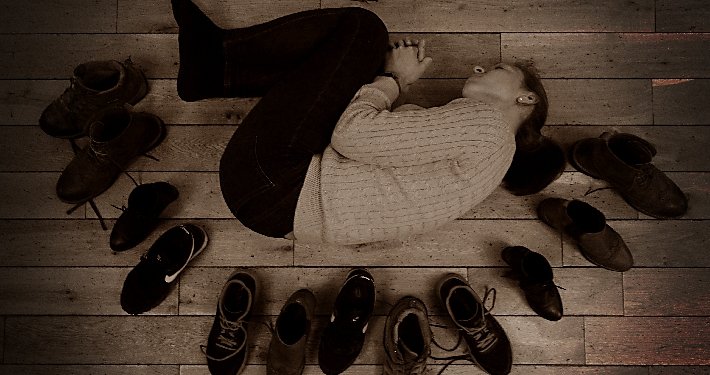 All That Remains by Olesya Khromeychuk produced by Molodyi Teatr London

All That Remains – a reminder

A woman who has lost her brother and is left with only a few of his belongings tries to make sense of what happened. The show weaves her story together with those of the volunteers (mostly women) who keep the army supplied with the basics that the state doesn’t provide, fellow soldiers haunted by memories, and the voice of her brother from mobile phone videos recorded at the frontline. Using documentary theatre and music, the show explored the absurdities of this unexpected war. Most of all, this is a story about the shock of losing a loved one to armed conflict, and about finding the strength to live on.

‘It was interesting to see how the ensemble worked together using Brechtian techniques. In Brecht’s theatre the actors come in and out of role on stage, so it is clear that the actors are performing. The company work together on stage to perform different roles, control projection and play music and sound effects. In using this technique the company are able to tell the story collectively and educate their audience. Every performer was equal, there was no clear hierarchy. In many ways this mirrors the acts of solidarity we see in mutual aid groups. These collaborative skills are vital for any type of grass-roots organisation and should be embraced to support our communities.

This is a tricky time for artists, practitioners, technicians etc, with most of our work gone how should we respond to this crisis?

There is often a feeling that we should respond by producing work, however for me this is not an inspiring time. The idea that we should always be  producing coupled with the stereotype of the ‘tortured artist’ is dangerous. Artists do not make their ‘best work’ in difficult times and we should not expect ourselves to. We should use this time to support each other and our communities, in whatever capacity we can.

Lets use our skills and apply them in different contexts: organise food deliveries, communicate with different mutual aid groups or just simply stay at home.

This isn’t to say we shouldn’t be embracing the creative ways people are using technology to provide art and entertainment, but maybe there are many different ways that artists can contribute right now.’

Sam Bland is a technician, sound artist and activist based in South East London. He has worked at the Jack for over two years working front of house and as a technician for many of the bi-monthly Scratch nights and productions including: All That Remains (August 2019) and V (November 2019). 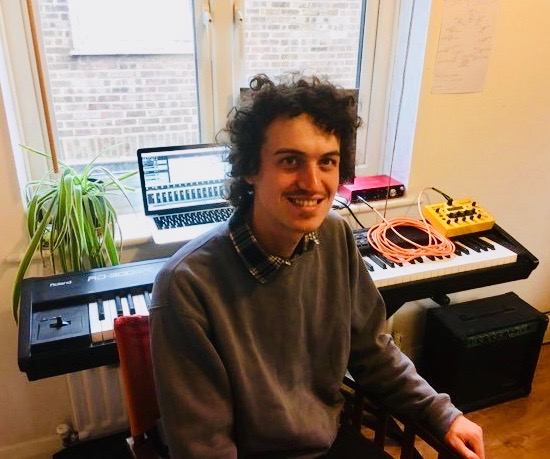 Sam in his studio

We need your help. Click to find out more